Were Dawkins’ “The God Delusion” to have a colon after ‘Delusion’, followed by the author’s name, as in the title above, it would at least have a certain self-irony that could only be taken as intentional (i.e. Dawkins being a delusion of God, rather than Dawkins painfully attempting to make a coherent point in ‘proving’ that God is a delusion). As it stands however, Dawkins’ book can only be taken as the unintentional irony of brute stupidity put on display for the world and marketed as ‘enlightened thought’.

That his main argument against ‘the god hypothesis’ – the self-assembling jumbo jet (does anyone outside Oxbridge over the age of 3 really refer to a Boeing 747 as a ‘Jumbo Jet’?) – has no bearing on a being posited as necessary and ‘incomprehensibly’ simple is amusing enough, since a necessary being by definition has a probability of 1, and an argument from complexity against something posited as simple is perverse at best.  Someone or other pointed out that while they’re unsure how much theological acumen would be necessary to disprove god, to critique a hypothesis one does need to at least have a grasp of what the hypothesis actually is … The more subtle irony, that probability itself is only relevant when something was previously assumed to be necessary, and how that is related to the actual origin of modern science, as opposed to science’s self narrative of its origin, is probably not going to be noticed by quite as many people, particularly those in the scientific world.

That it does raise serious issues for Neo-Darwinism when it comes to accounting for phenomena such as the sequence of protein ‘factories’ in ordinary cells, which are more complex and more sequence-dependent than the parts factories and final assembly of a 747, and are precisely ‘self-assembling’, heightens the irony even further.  Of course there are more cogent ideas than Neo-Darwinism, such as emergent probability, that make such ‘problems’ far less problematic, but while that helps evolutionary theory in a more general sense, it does nothing to help Dawkins’s evolutionary theory.  Nagel, an atheistic philosopher who, though in no sense has the acuteness of thought of his sound-alike Hegel, is at least acute enough to recognize that accounting simultaneously for reason and consciousness (and therefore any likelihood of truth within rational science) within a developmental view of reality – evolution – requires that one posit reason and consciousness (taking great care to keep them separate, though our only evidence of reason is as rational consciousness), as a priori to all reality.  Of course that leads to an obvious problem, but at least in the process he manages to clarify the incompatibility between atheism and modern science as simultaneously rational and developmental.  Heisenberg was quoted as saying “the first cup of the natural sciences will make you an atheist, but God is waiting at the bottom of the glass”.  True, and necessarily so, since the basic posits that found modern science come directly from a specific Christian theology, that of  St. Thomas Aquinas.  For Aristotle, a non-theist (he could hardly be against what didn’t, in the current sense of the term, yet exist), how man had any kind of access to reality as true was a significant problematic, it only ceased to be so when science was reformulated as ‘theology of nature’.  That it has remained largely ignored (though it is the problematic underlying the Special Theory of Relativity, an odd mixture of physics and psychology, that only partly answers the question, and only the simplest aspect of the question), give s one a good idea of how little modern science ever questioned its basic assumptions.

As with all ‘naturalists’, though, Dawkins’ accusations of irrationality, never mind his claims to the effect that religion is interfering with the ‘freedom of science’, is beyond mere irony, when ‘strict’ naturalism,  mechanistic and thereby deterministic, destitutes the meaning and sense of both evolution and rationality, while denying the existence of freedom outright. The notion of evolution inherently involves a developmental increase in degrees of freedom (it’s precisely by degrees of freedom that we determine a wolf, for instance, as more evolved than a bacterium, were it simply the ability to survive, nothing could be more evolved than bacteria), which given mechanistic determinism no longer has any meaning or sense; while with no degrees of freedom other than random quantum probabilities, a ‘rational’ argument will necessarily be almost entirely predetermined (not to mention predictable and humdrum), with perhaps the occasional random insert that is entirely extraneous to the context.

That does, though, describe his argumentative style quite well, so perhaps in his case he simply can’t help it – while the rest of humanity is capable of thinking in a relatively free manner, Dawkins’ rather feeble attempts at thinking may just be deterministic. He has in fact been described as being a unique case of ‘religious Tourette’s’ … The determinism involved appears to be nothing so exotic though – merely one of a myriad of cases of unquestioned Oxbridge habit, which also happens to account for the irony of the book’s condescending tone, coming as it does from someone who simultaneously appears completely unable to think through a simple concept.  The simple-mindedness of the various determinisms can be seen in  the obviousness of the counter-argument, that a ‘past’ does indeed determine the present – not the past that actually was and is no longer accessible in any way, but the ‘past-perfect’, the past as having-been and as retained, which is determined with various degrees of freedom in the present by beings that can to some degree distinguish such things, human beings being among the prime suspects.  One is free in the present, precisely because in the present one determines the ‘past-perfect’ that effectively then determines the present, though the temporal sequence may seem odd, factically the temporal sense is that of the present-perfect, which is always already present insofar as it has been (that presence requires a certain duration, or even an enduring, has been part of the metaphysics of presence since its inception).

I can’t help but be amused when I remember a so-called debate I happened to see with Dawkins (I’m sure it’s on Youtube somewhere), a physicist and a theologian (I know, it already sounds like the set-up of a bad joke), rather than the Buchanan type of fundamentalist he generally debates with, if a yelling match constitutes ‘debate’; in any event, after some interesting conversation between the other two, during which Dawkins became visibly more and more agitated, the physicist, who appeared to know him personally, said ‘these kinds of questions don’t mean anything to you, Richard, because you’re not a scientist, you’re a zoologist”, or in other terms, a stamp-collector.

Given his penchant for supporting pseudo-sciences such as sociobiology, evolutionary psychology and neuropsychology, which offer up a rather distasteful and often bigoted selection of moralistic fables without reaching anywhere near the complexity of understanding of human reality found in the great mythos’ and the religions they found, has sometimes made me wonder if his antagonism to mythos and religion isn’t more a case of his pride being hurt.  With regard to those latter-day fables, I have trouble seeing where the difficulty lies in predicting the present, particularly from far enough back that there’s no actual evidence to account for.  Perhaps as a final irony, sociobiology/evolutionary psychology (the latter is little more than a rename to deflect criticism) can seemingly account for anything, religion included, in terms of its usefulness go primitive humanity (why do ‘evolutionists’ begin at ‘primitive’ humanity, when there’s no evidence of any significant biological evolution since then?).  Anything, that is, other than science itself, either as existing or even possible, since it served no legitimate purpose in the projected neolithic human societies (and given its nerdy associations might be quite detrimental to one’s success with the opposite sex), and there’s no apparent necessity for either our senses or our cognitive abilities to render reality in an accurate or in any sense ‘true’ fashion, as long as they’re useful in terms of survival.

Of course Dawkins, like all of the ‘new atheists’, (who incidentally appear to be far less acute than the ‘old’ atheists), is himself the product of a huge historical pair of ironies: that the ‘Enlightenment’ was nothing but a superstition; and the ‘Age of Reason’ merely a childish misunderstanding.

Perhaps I’m underestimating the author in question though, since the book’s existence and date of publication does make a striking case for the ‘throwback’ idea within evolutionary theory …

View all posts by Mitdasein 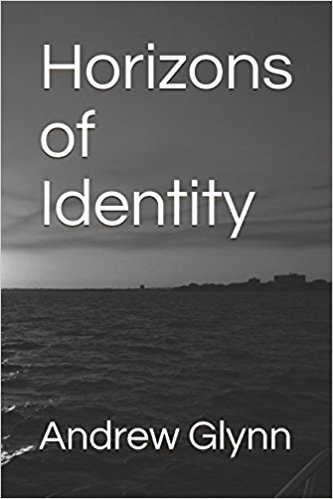